WELCOME TO OUR NEW WEBSITE Read more about our new brand

Gold has increased by almost 6,000 percent since it was equal with the dollar; reflecting the diminishing purchasing power of the dollar itself. There has never been a more important time in history to educate yourself on the economic reality we are currently walking through. We've helped thousands of people utilize our strategies to secure their wealth and assets for decades to come.

Gold is money. Everything else is credit.

An Introduction to Gold

History of Gold Why Own Gold? Gold & Financial Markets How to Buy Gold Investment Guide

Over the past 5,000 years, from the Egyptian Pharaohs and the merchants of 14th century Venice, to world governments in the space age, man has treasured Gold for its utility and value during times of both prosperity and disparity.

Through the rise and fall of great dynasties and civilizations, gold has maintained its purchasing power as a reliable store of value for millennia. Gold has been used as money since 560 B.C., when King Croesus of Lydia created a Gold coin in his own image. Ever since, it has continued to increase its long-term value, and remains the world’s most universally accepted form of money.

Today, the demand for gold continues to flourish globally.

The only constant in the world (and throughout history) is change. And when those changes bring uncertainty, people and investors move into Gold as it is a Safe-Heaven Asset. When large corporations go bankrupt, economies struggle, stock markets crash, pandemics arise, wars or civil unrest erupt, governments fail, and/or currencies collapse; you can count on Gold to preserve your wealth through it all. Deflation and inflation, depression and prosperity, boom and bust, war and peace, Gold has stood firm as a store of value and a trusted medium of exchange.

Paper assets can soar in perceived value. However, many times this is the perception management of inflation, in which the dollar is actually losing it's true value, which is why it takes more of dollars to purchase the same things. History proves that Fiat (paper) money is designed to go to zero through inflation, whereas Gold has intrinsic value in which it maintains forever. Paper money is a debt instrument. Gold is an asset of wealth in its own right. It does not depend upon any government’s, corporation’s, or individual’s promise to repay. 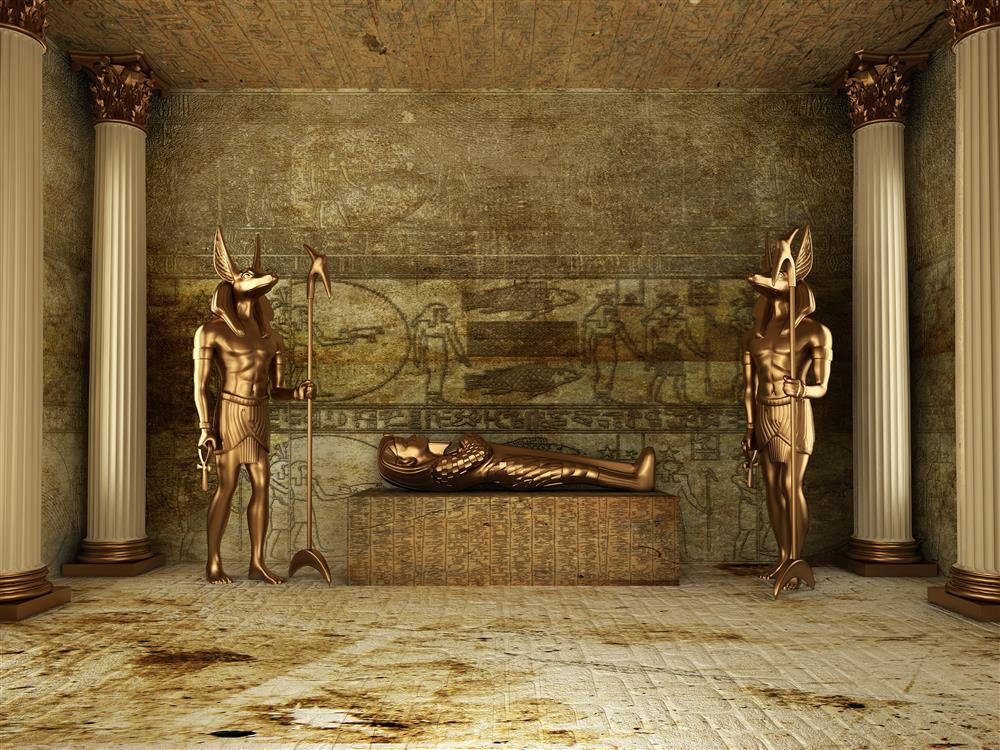 Gold is first and foremost a form of wealth insurance – protection against the periodic setbacks suffered by traditional paper assets, including stocks, bonds and currencies, especially the US dollar.

In the last several years, we have seen Gold fulfill its role as wealth insurance in the face of a series of crises involving everything from terrorist attacks to bank failures. However, in the 1990's, Gold’s key role as wealth insurance was not so apparent to investors. The 90’s were characterized by rising stock markets, a strong dollar, low inflation, stable interest rates, and peace and prosperity. Most investors saw little need for Gold in their financial plans.

Just because a portfolio did fine without Gold during the 1990’s does not mean that the protection it provides was not needed. A weakening dollar, market crashes, investment bank collapses, and international turmoil are all cyclical events we continue to witness. Those that held Gold through these times have not only protected their wealth, but have seen the price of their Gold rise substantially.

The simple fact of our history has continued to indicate Gold must be a permanent fixture in every portfolio. And at ITM Trading, we also practice what we preach. Every Gold & Silver Analyst and Consultant including our President and C-Level Executives, all purchase Gold regularly within the framework of our proprietary strategy. 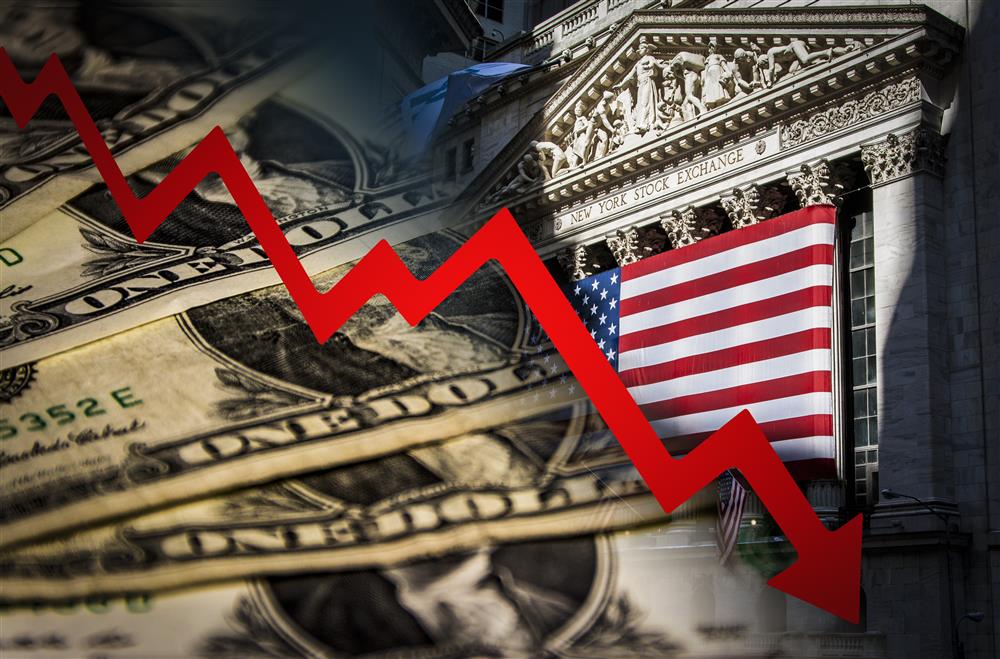 True diversification is the key to financial success, which may be one reason you are considering Gold & Silver over the paper dollar. However, the same is true of the precious metals asset class. Since each type of Gold & Silver support different goals, Your Wealth Shield™ Strategy is designed to use a diverse range of products to achieve your individual objectives. This is done by exploring each of the following categories Wealth Protection, Sustained Living, Opportunity Positioning, and Legacy Building.

There are a wide variety of products available to those who want the wealth protection and profit potential of Gold & Silver. When you acquire precious metals properly, it can safeguard 100% of your wealth, assets, and investments. Unfortunately, many companies are only selling a limited range of products, and they don't employ Gold & Silver Analysts who deeply understand Economics and Currency Life-Cycles.

Two keys to success start with clarifying your individual goals for the future, then identify your most at-risk wealth and assets. From this vantage point, a Gold & Silver Analyst can intelligently walk you through the right types, qualities, dates, and quantities which will give you the highest level of protection.

For more information on these types of strategies, contact us directly at 888-OWN-GOLD and we'll connect you with one of our in-house Gold & Silver Analysts. When you work with ITM Trading, we're in your corner for life, and you'll receive your own private consultant from here on out.

You wouldn't trust just anyone with your financial future, and neither do we. This curated content is vetted by our experienced team of analysts and will save you vital time as you prepare during the current economic crisis.

Three Ways to Secure Your Wealth

The first reason to buy gold is simply to OWN gold. Gold is a unique asset class. Gold does not depend on any corporation, bank, or government to redeem it's value in currency, U.S. Dollars or otherwise. Unlike real estate, stocks, mutual funds, and even CD's and savings accounts, there are no annual taxes, management fees, or penalties associated with owning gold. ITM Trading deals only in physical, tangible gold that will arrive at your doorstep, business, or Insured IRA Depository. Men and women wise in the ways of finances and currencies understand the value and surety in holding a portion of their wealth in hard assets.
You may have heard silver referred to as "Poor Man's Gold", but this is not quite accurate as reported by history. Silver has been the secondary currency metal for many cultures and economies throughout time. In fact, most day to day transactions were conducted with coins that were struck from metals other than gold. Silver coins would commonly purchase food, clothing, labor and craftmanship, energy, and many other items that we seem to trade for today with a click or a swipe. Silver was the workhorse of many hard currency economies, including that of the United States up until about 1964 when paper and then ultimately digital money became prevalent.
Prior to 1933 gold and silver were used as currency in day to day transactions, and these coins were created by the U.S. Mint. The Founding Fathers and the framers of the U.S. Constitution knew that paper money could be easily debased through excessive printing and overspending, and they desired a stable currency that would be of value the world over. It is for these very reasons that gold was mined and then coined in the United States from the 1700's until 1933, when President Franklin Delano Roosevelt issued Executive Order 6102 This Order required all Americans to turn in all but $100 worth of their gold coins that were not "Rare or Unusual" or face a fine of $10,000 and/or 10 years imprisonment. In exchange for their gold coins, American Citizens received paper Federal Reserve Notes. These Federal Reserve Notes have now lost over 90% of their purchasing power while old gold and silver coins now trade at prices tens or even hundreds of times their face value! Seems like the Founding Fathers knew exactly what they were doing.

NOW YOU'RE READY FOR STRATEGY

Proven to empower you to survive and thrive any economic crisis, this 4-part strategy is your guide to Gold & Silver as you make your wealth last forever.


Book Your Strategy Session
Stay Informed
During this economic crisis with the latest insights.